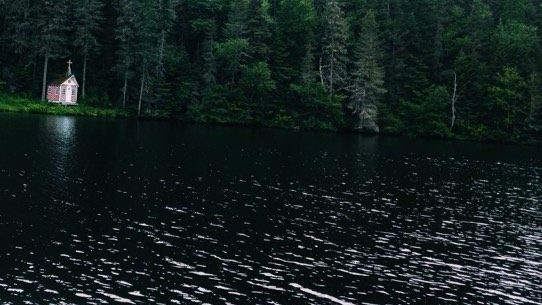 My uber driver on the weekend spent the entire ride convincing me that he had found the key that opens all doors, he proceeded to inform me that money could open all doors and ultimately you had a choice whether you would allow money to be your teacher or your master.

I think most of us live a routinized life whereby we rely heavily on our ‘hard work’ in order to sustain our livelihoods. He had moved from Italy years ago and he realized just like any other migrant coming to a new country that he had to work extra hard in order to achieve even the most minimal aspects of success.  The only way to escape the inevitable reality of working a 9-5 for the rest of his life was to get more jobs, work harder, save and ultimately afford a mortgage which would  signify wealth as he understood it.

Even in the most random encounters  there is always a reason we meet certain people, we learn from everyone. In listening to his story and how somehow he had beat the odds because he owns a home and  has two jobs; one that he loves one that he simply tolerates for the sake of the dream,  he has found the key that opens all doors. In that moment I couldn’t help but think about my own hard work, the first time I moved to Ottawa, I juggled two jobs, while going to school and failed in letting money teach me, instead it was my master and I had nothing to show for it.

All I accomplished during that season was endless fatigue, spending carelessly and spiritual laziness because I had come to rely so much on my hard work on what security money could bring forgetting that God is ultimately the only one who ensures your security. He is the only teacher we need,  if we place importance on anything else in this world it will become our master whether we admit it or not that is the truth.

In the man’s own dysfunction although he had considered it a tremendous success he had missed the real key that opens all doors. It wasn’t money because heavy reliance on what fruit your hard work bears could only lead you to ascribe everything that God provides to your own hard work.  In his own flawed thinking I identified my own reliance on my hard work my first year moving here. Just like him I had grown very complacent in spiritual growth that I couldn’t even perceive that God would really come through I failed to realize that I didn’t have to  overwork in order to reach some security only he could provide the security.

In the midst of him telling me his story I desperately wanted to share with him that money would never be a teacher. All it could be in one’s life is a master. If we spend our  days making sure that bills are paid,  goals are met and dreams are actualized we lose time that would be spent in God’s presence who understands our dreams and the desires of our heart better than we  would ever fathom.

Our relentless pursuit of security based on the amount of money we have is of sort of like the matrix movie whereby you see the system as a whole and how it functions in order to keep you in that state of dependency but yet you can’t seem to escape from it.  In our state of ignorance we have convinced ourselves on our own superiority based on how hard we work and what we can achieve and by doing so we have missed the greatest lesson in life, only God can open doors which will permit you the liberty not to be a slave to what you desire.

In all honesty we need to ask ourselves who our master is. It can be the hardest to do at times but it is the most liberating when you come to terms with your own dysfunctional thinking because you can change it. You begin to see your own spiritual laziness as an outcome of your failure in allowing God to be your master not any other driven human tendency which convinces you that you are ultimately the only one that you can  truly rely on.

Everyone has a master, mine has always been money, the need to provide, to pay rent , etc the list is endless. I have in many ways relied on what I could do, how many jobs I could take on, what pyramid schemes I could join in order to make sure that in the future I could enjoy a life where money would not be my master. What I realize now is that both the man and I had missed the mark ; which was’ the only master worth having , worth sacrificing for is God.

The rest is only an illusion that will feed into your ego making you believe that in time you will get there,  make it and become your own master. I wish I could have told him that what he was chasing does not exist. He had failed in understanding that what is man made will only be your master there lies no freedom just the illusion of freedom. With God there lies the abundance of freedom because you stop relying on what you can do but what he can do through you.

Unashamed & unwilling to Conform to a life that is far beneath my Potential. Follow my Journey as I grow into the Woman that God has created me to be. View all posts by Christineizere

2 thoughts on “Who is Your Master”

There was an error retrieving images from Instagram. An attempt will be remade in a few minutes.